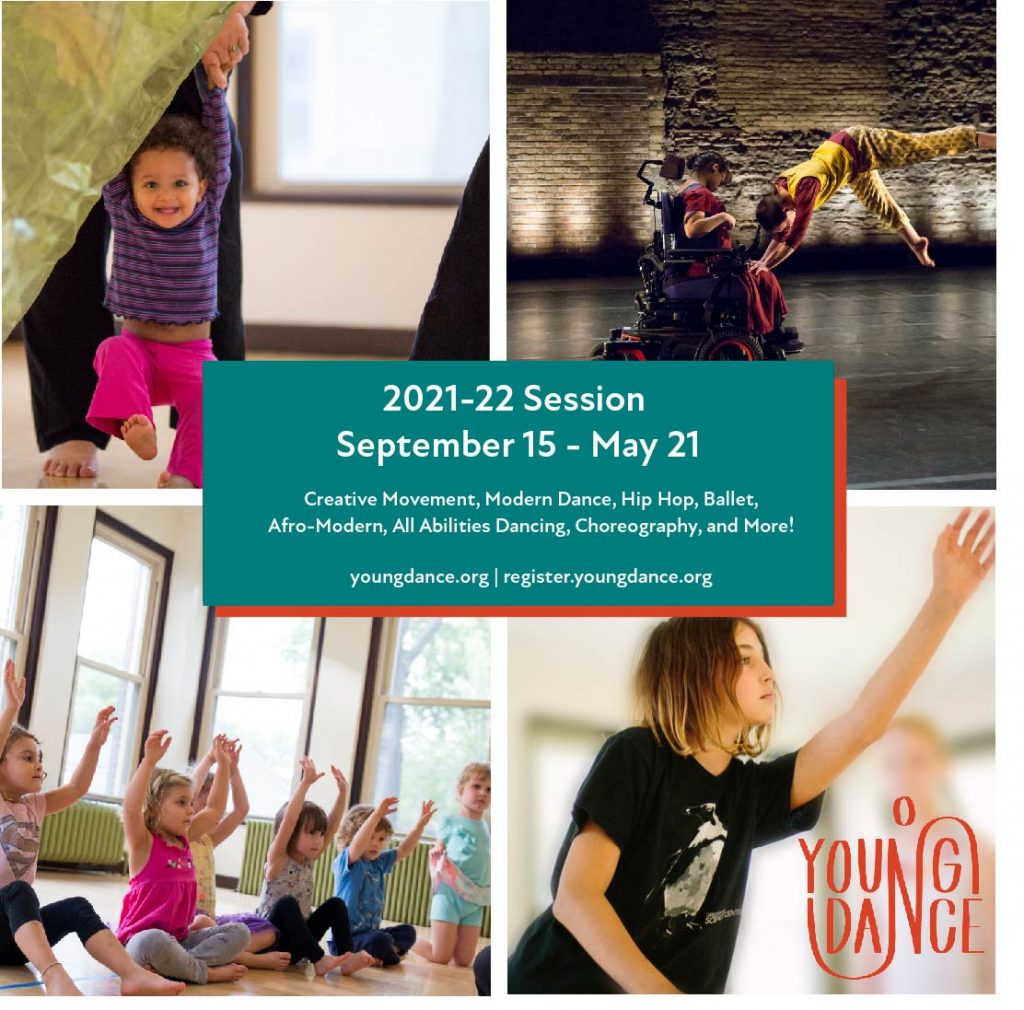 Young Dance is excited for the 2021-22 academic year. Register for your favorite dance classes and instructors, or try some new moves with fresh faces! We’re thrilled to welcome everyone back into our space after a long time away.

Young Dance is committed to offering a fun and developmentally appropriate curriculum. Our exceptional Teaching Artists bring an unparalleled level of excellence, where young artists can experience a myriad of styles and techniques. We provide a breadth of opportunities for youth to engage with dance in the way that feels best for them and that supports them in finding and lifting their voices.

Regular co-teachers Erinn Liebhard and Karla Grotting are thrilled to be hosting several guest teaching artists this year to highlight and explore the many varied approaches and insights of jazz dance teachers in our local dance community. Come out and support your local jazz class!

Jennifer holds a MFA in Dance from the University of Wisconsin-Milwaukee, BFA in dance and photography from Arizona State University, and a post-baccalaureate certificate in photography from Minneapolis Colleges of Art and Design. She is a 2018 recipient of the MN State Arts Board Artist Initiative Grant and 2020 recipient of the MSAB Creative Support for Individuals grant. She has served as the Director of Education for Young Dance (Minneapolis, MN), and on faculty at Gustavus Adolphus College, Rochester Community and Technical College (Rochester, MN). Jennifer has resided in Minneapolis since 2004 producing in museum, theater environments, and public spaces with commissioned dance pieces created for Gustavus Adolphus College, ACDA-Midwest, Alternative Motion Project, Young Dance, metro area middle and high schools and UW-Milwaukee among other private institutions. Jennifer’s choreography has been presented in Arizona, Colorado, Illinois, Michigan, Minnesota, Wisconsin, and New York.  For more, go to https://jenniferglaws.org 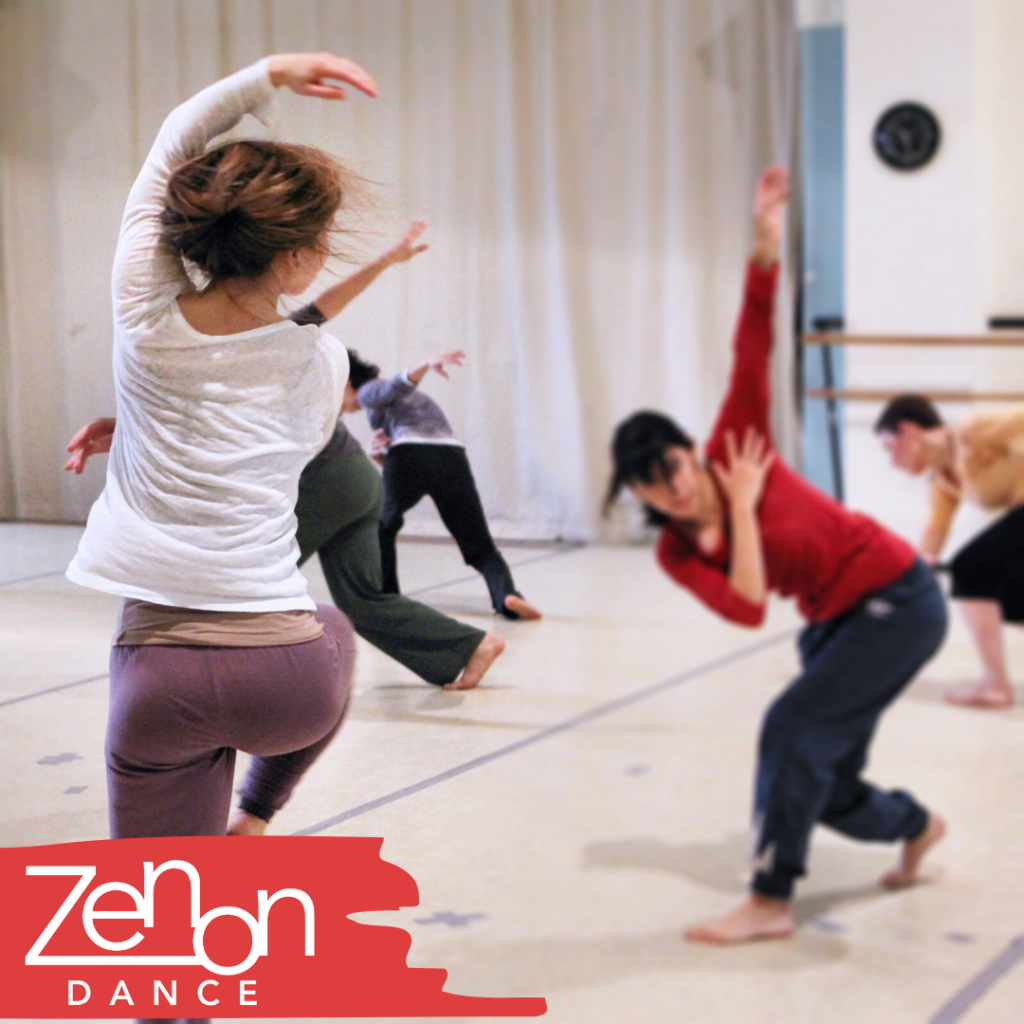 Register today for online, in person and hybrid classes through our MindBody portal! The fall session will run through December 19, 2021.

Erin’s advanced level contemporary hybrid class through Zenon Dance School includes floor work, standing warm-ups, and phrase work, all designed to enhance the healthy use of joints and muscle groups as dancers release their weight fully into the support of the ground. Experiential awareness, body mapping, improvisation, and creative work are included as dancers channel their own expressive artistry within the movement. The delightful Dean Magraw will accompany on guitar.

Registration is open through Zenon’s MindBody portal and closes ten minutes before class.
See you, in person or virtually, soon! MotionArt’s mission is to share the art of dance and the joy of movement with people of all ages and abilities. We strive to enrich lives by fostering creativity, body awareness and self-expression in a fun, non-competitive, welcoming environment. We offer ongoing dance classes in-studio, on Zoom, and outside – weather permitting.

Paying the regular rate helps keep our organization afloat; however, no one will be turned away for inability to pay. There is also an option to pay what you can. 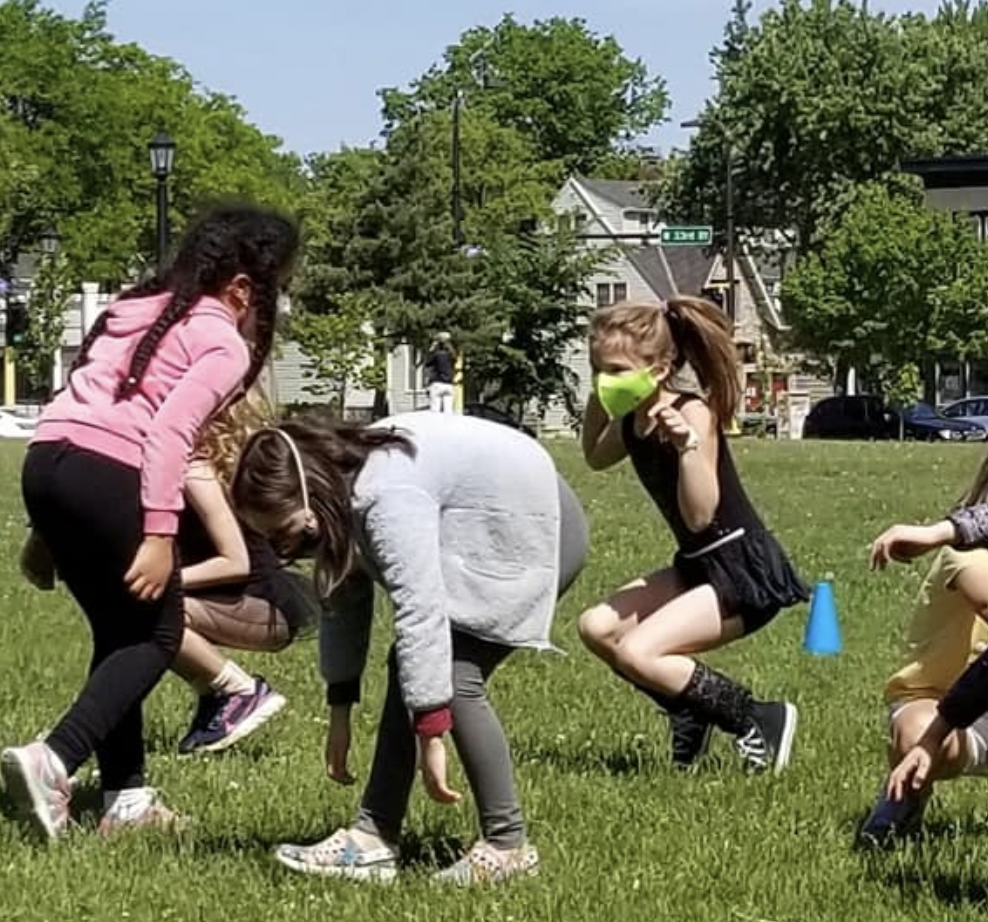 MotionArt focuses on nurturing children’s individual creativity while facilitating their understanding of the dance elements of space, time, and energy. Ages 3-6 explore these elements through playful, structured activities allowing them to expand their movement vocabulary, develop body awareness and gain self-confidence. Ages 7-9 explore the dance elements while being introduced to new movement skills and the creation of their own dances. Ages 9-12 expand their creative and kinesthetic awareness while learning basic movement skills of modern dance.

We offer ways for children to dance through outdoor classes – weather permitting – and at the Center for Performing Arts. Contact Pam Gleason for info.

Please go to motionartmn.org to sign up for classes. There are various options for payment/donations, and no one will be turned away for inability to pay. 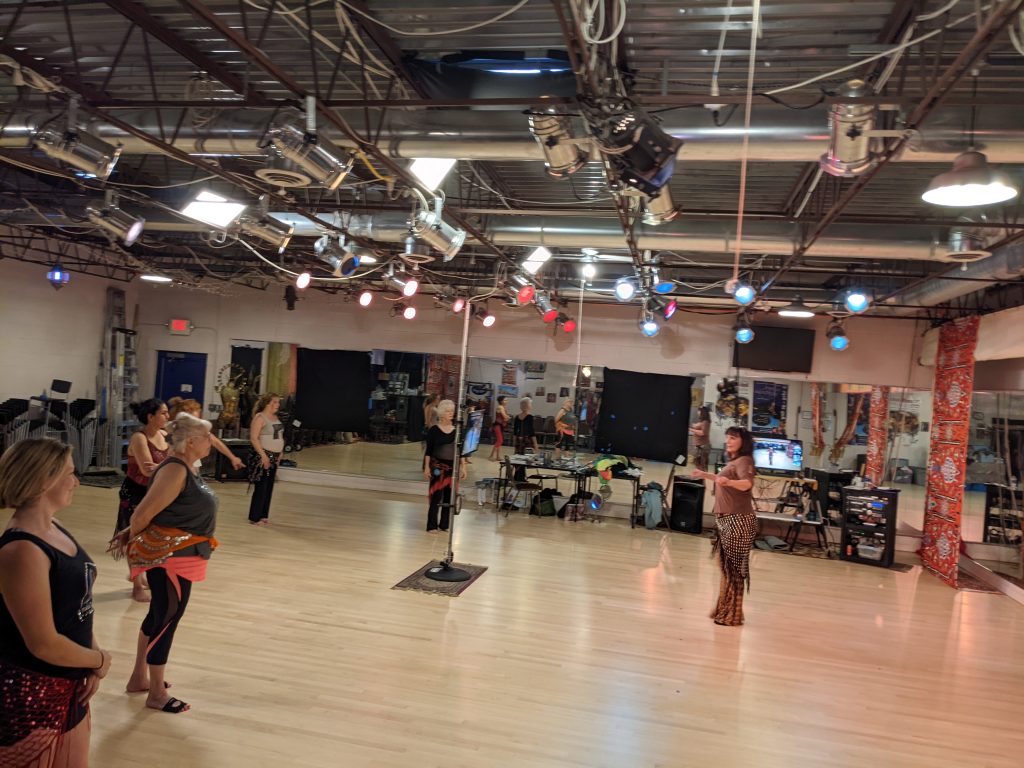 Join our dance-learning community of all ages, sizes, and levels of experience to participate in the creative expression and health and fitness benefits of Middle Eastern dance. The beauty of this dance form is that it makes you feel wonderful in your own body.

We now have in-studio options for beginners and all students! Or, you may choose to take these same classes online through Zoom.

Go to cassandraschool.com to choose from our ongoing classes, register, and pay in advance using PayPal. Purchase 4 or more classes and receive a $2 discount per class! All class registrations close at 8:00pm CT the night before each class. 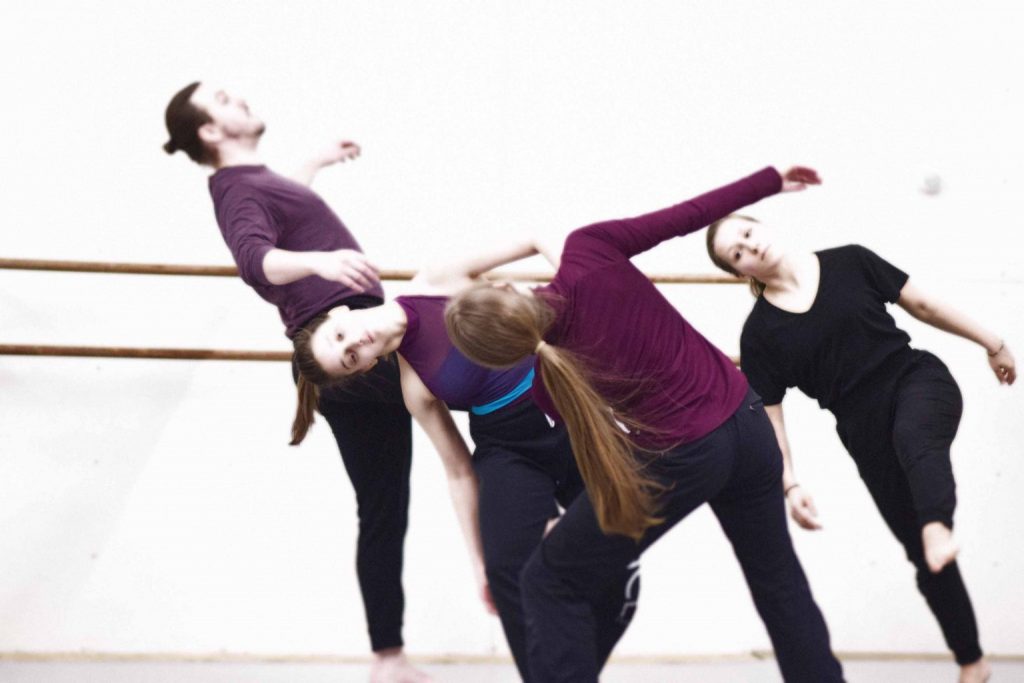 Move BIG, sweat, and play in an energizing atmosphere each week! Movers will build awareness and explore expansive possibilities within their own individuality and identities. Through improvised and structured movement vocabulary, participants will be encouraged to research freedom, 3-D expansion, mobility, rigor, presence, agency in choice-making, and empowerment within each individual’s own unique body.

In-person and synchronous Zoom/virtual options.
In the newly renovated Center for Performing Arts.
Masks required unless otherwise specified.
Registration strongly encouraged for in person, but not required.
Registration is required for Zoom option. To receive the Zoom link via email, you must register no later than 30 minutes prior to class time.

Rates
Single Practice: $15
5 Practices: $70
10 Practices: $130
No one will be turned away due to lack of funds. Please email alternativemotionproject@gmail.com for low/no cost options.

The students and I will open up curiosity, finding internal pathways within the body and the contrast of those same pathways to promote extension of skeletal mobility beyond one’s own range. An assortment of texture, speed, density, length, force and resistance will be taught and open these skills.

My work is best described as contemporary, spanning an array of styles – from quietly evocative to physically demanding and full of spiraling momentum that draws energy in the core and spreads it out like disco ball beams of light. At times, the work focuses on the dancers’ bends and folds, creating shape as one shifts and moves. My work strives to create moments of connection.

Mathew’s work has garnered praise in the Twin Cities and beyond. He has created commissioned works for companies such as Minnesota Dance Theater, Cleveland Repertory Co., aTrek Dance, and Zenon Dance Company. He was the Bates Festival choreographer (2001), received the Sage Award for Outstanding Performance (2005) and won the McKnight Choreographers Fellowship (2005). In 2008, Dance Magazine named him as one of their “25 to Watch.” 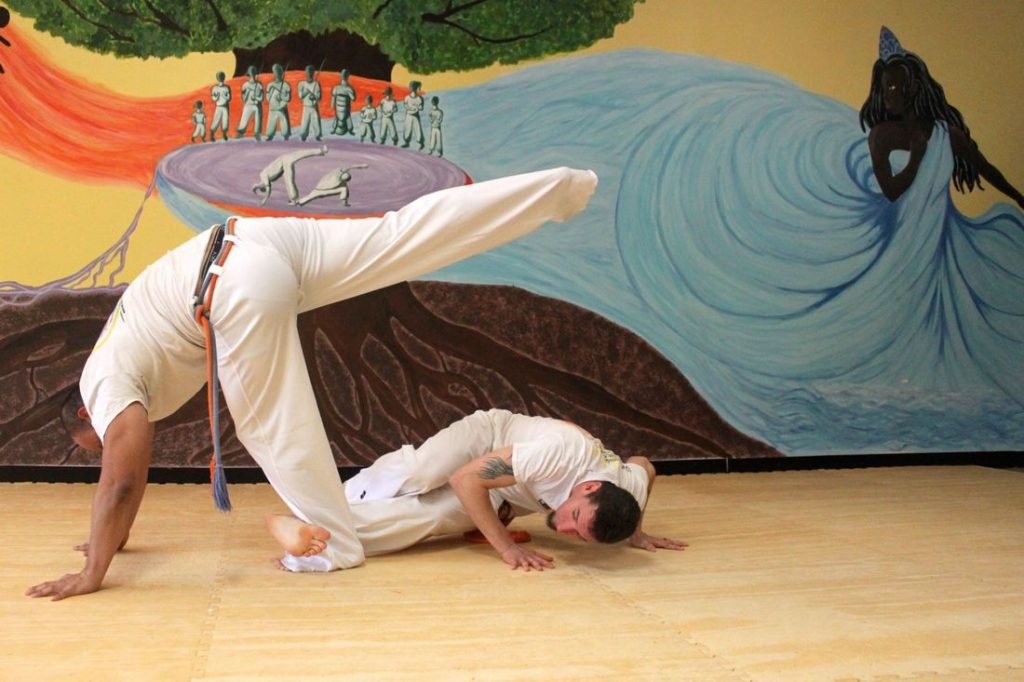 Capoeira is an Afro-Brazilian art that combines martial arts, dance, and culture, and provides an environment for people to develop themselves physically as well as mentally and emotionally.

Jim Bozic has been training capoeira for approximately seven years, and teaching for five – “I find the personal challenges of testing my abilities to be quite the humbling experience, but my main enjoyment from capoeira comes from the teaching aspect. Helping guide and shape my fellow students into achieving their potential comes as its own reward.”