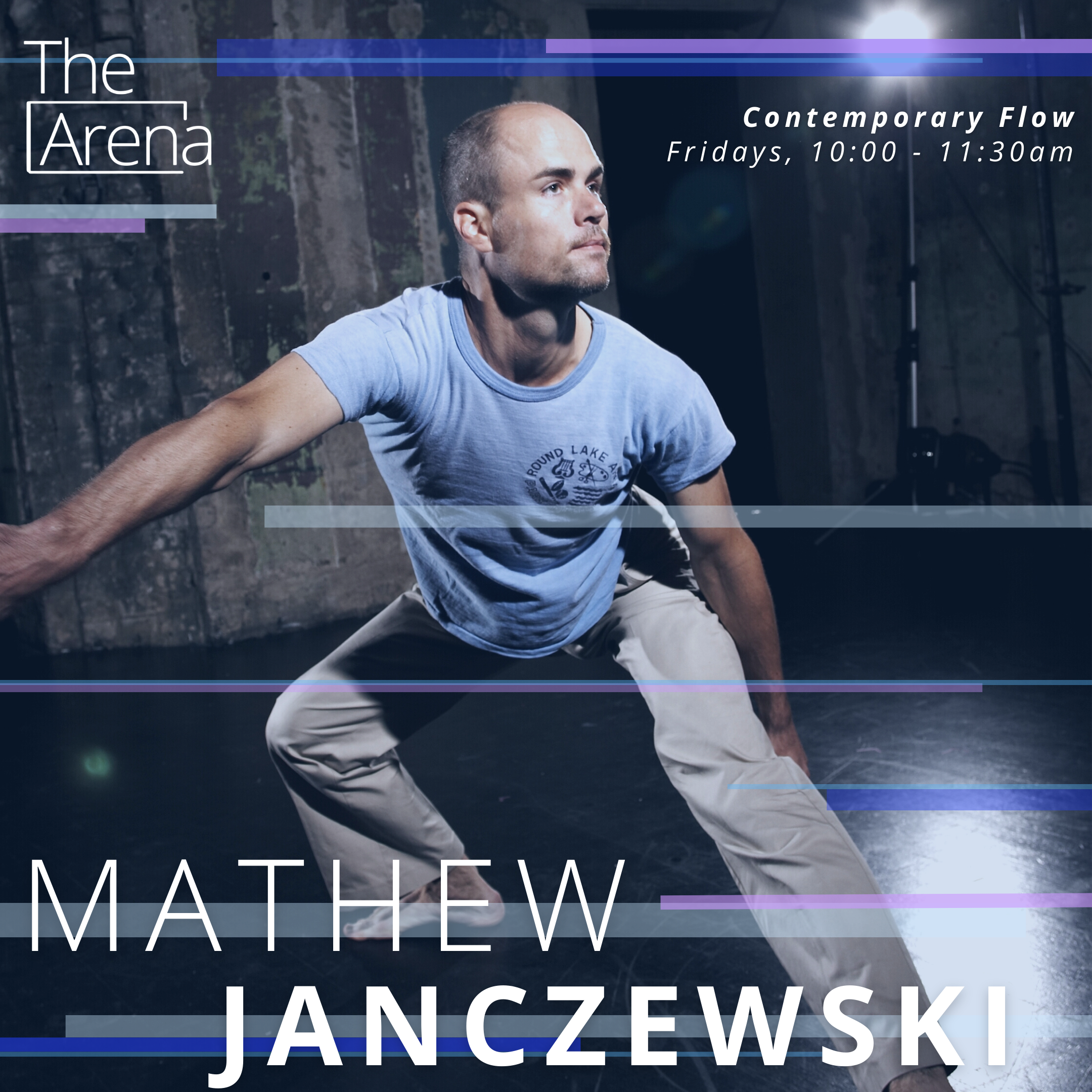 Suggested $17 per class, but ARENA DANCES offers a pay-as-able option on all classes. We would rather you join us than not be able to attend due to financial limitations.

Class focuses on opening up curiosity, finding internal pathways within the body and the contrast of those same pathways. An assortment of texture, speed, density, length, force, and resistance will be taught to open these skills.

Mathew’s work as Artistic Director of ARENA DANCES is best described as contemporary, spanning an array of styles – from quietly evocative to physically demanding, full of spiraling momentum that draws energy into the core and spreads it out like disco ball beams of light. At times, movement focuses on the dancers’ bends and folds, creating shape as one shifts and moves, forging moments of connection.