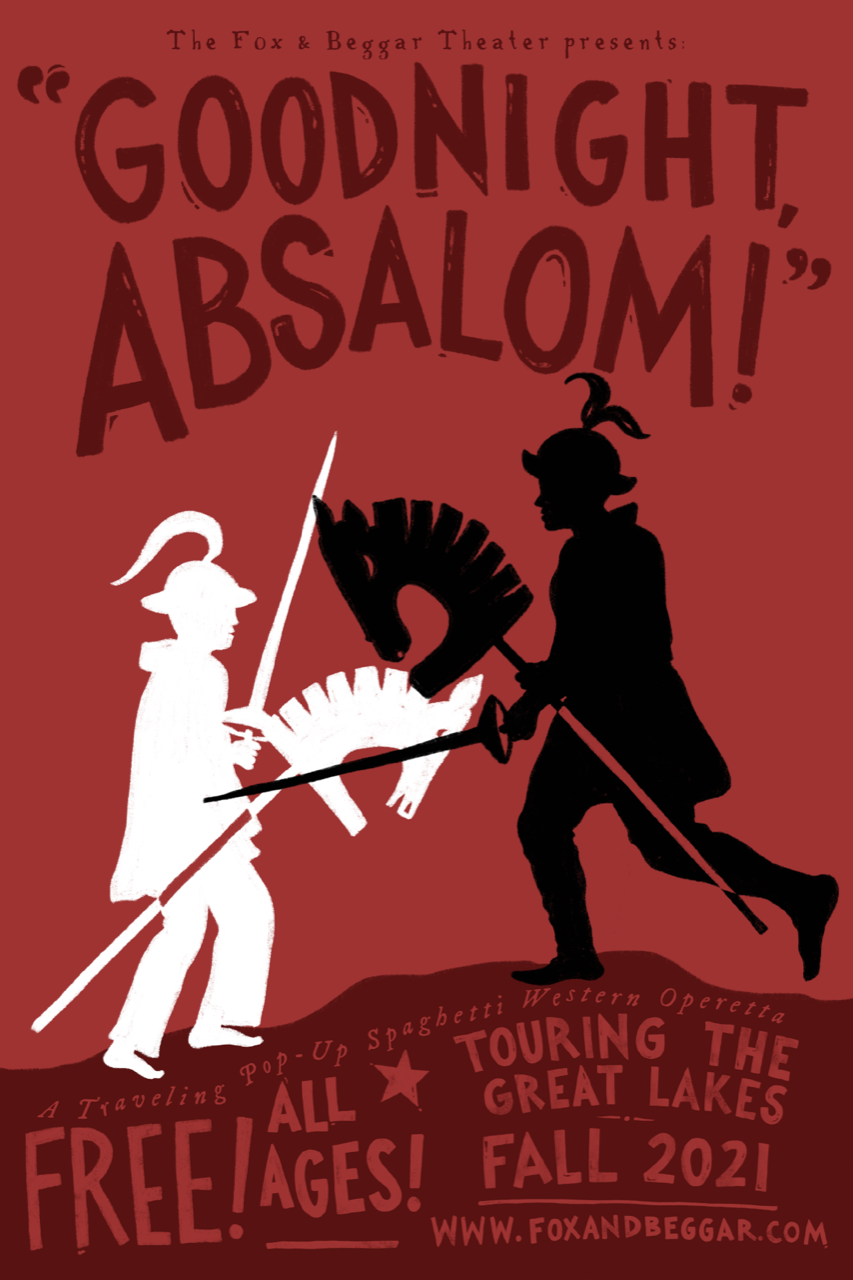 Come catch a FREE show on Friday, September 10 at Powderhorn Park, or on Sunday evening, September 12 at Frogtown Farm.
Show starts at 7:30 and will run approximately 75 minutes, with a short audience Q+A afterwards.

In the fictional town of Absalom, a larger-than-life chess match is played between two sinister railroad barons. Their strange game moves through a series of vignettes – the Dance of the Pawns, the Dance of the Knights, the Dance of the Bishops, etc. – in which the unfortunate chess pieces find themselves being made to do battle inside a prison they do not fully understand. As the game progresses, the chess pieces begin to become cognizant of their bleak situation…and attempt to lead a rebellion against the game itself.