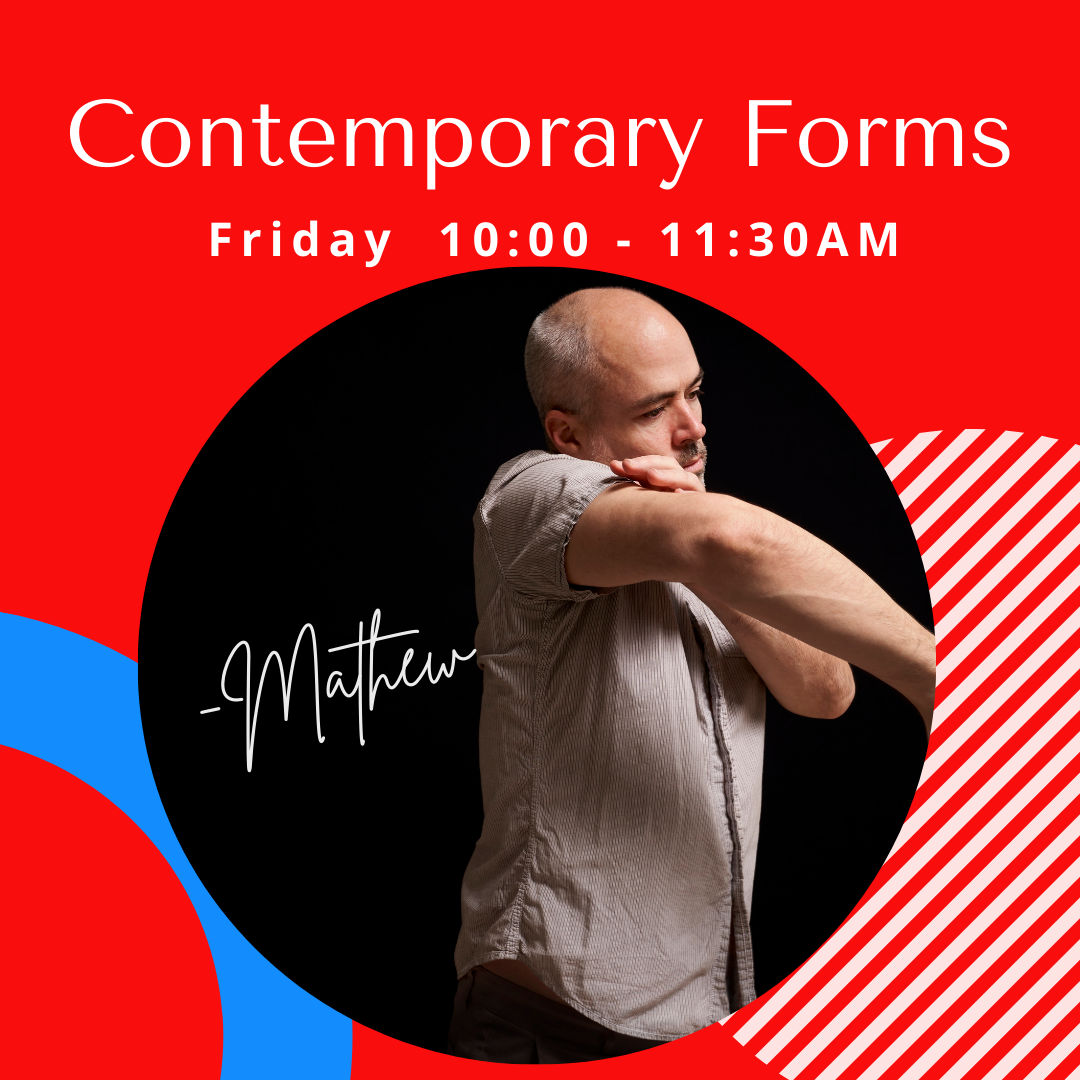 Mathew’s work is best described as contemporary, spanning an array of styles – from quietly evocative to physically demanding, full of spiraling momentum that draws energy into the core and spreads it out like disco ball beams of light. At times, movement focuses on the dancers’ bends and folds, creating shape as one shifts and moves, forging moments of connection.

Class focuses on opening up curiosity, finding internal pathways within the body and the contrast of those same pathways. An assortment of texture, speed, density, length, force and resistance will be taught to open these skills.

Fridays, 10:00-11:30 am
Through April 8
Pre-register at https://www.arena-dances.org/the-arena/
Drop-in rate is $17 with flexible pricing and free parking!

Mathew’s work has garnered praise in the Twin Cities and beyond. He has created commissioned works for companies such as Minnesota Dance Theater, Cleveland Repertory Co., aTrek Dance, and Zenon Dance Company. He was the Bates Festival choreographer (2001), received the Sage Award for Outstanding Performance (2005), and won the McKnight Choreographers Fellowship (2005). In 2008, Dance Magazine named him as one of their “25 to Watch.”