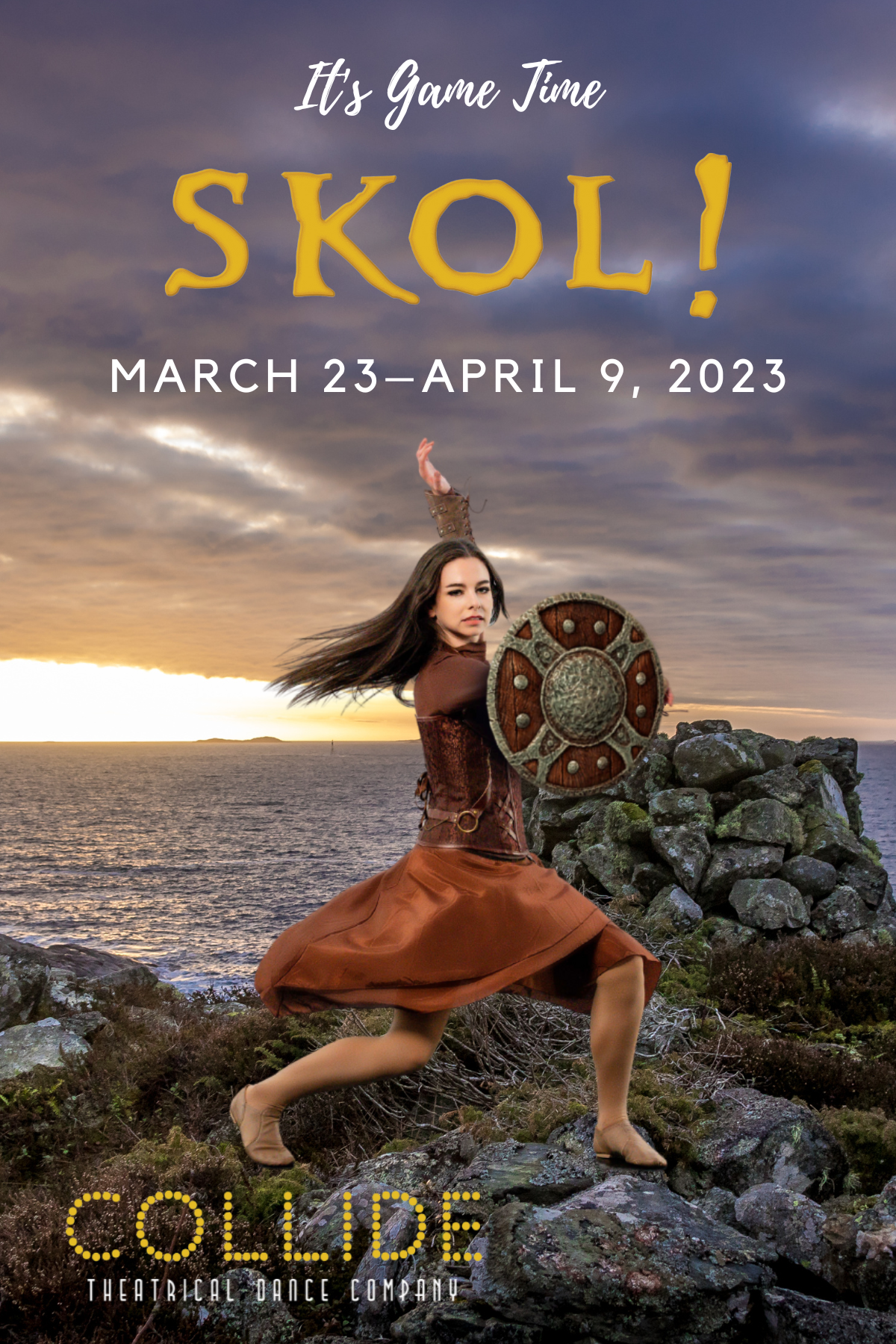 When a mysterious illness befalls a Viking clan, a young woman is called to fulfill her destiny as a great warrior leader in a battle for the cure with the Christian army. Inspired by the Norse gods, her journey tests the boundaries of her faith, shakes the ground of the relationships with the men dearest in her life, and causes her to question the definition of female strength.

Inspired by recent evidence of the grave of a female Viking holding the accoutrements and injury marks of a prestigious warrior, a discovery that cast a new light on gender roles in Scandinavian history. Collide explores this fascinating story with an original pop rock/rap score composed by Twin Cities musician Mike Michel (Bill Mike Band), with lyrics by vocalists Rush Benson (Ordway) and Katie Gearty (Dakota Jazz Club).