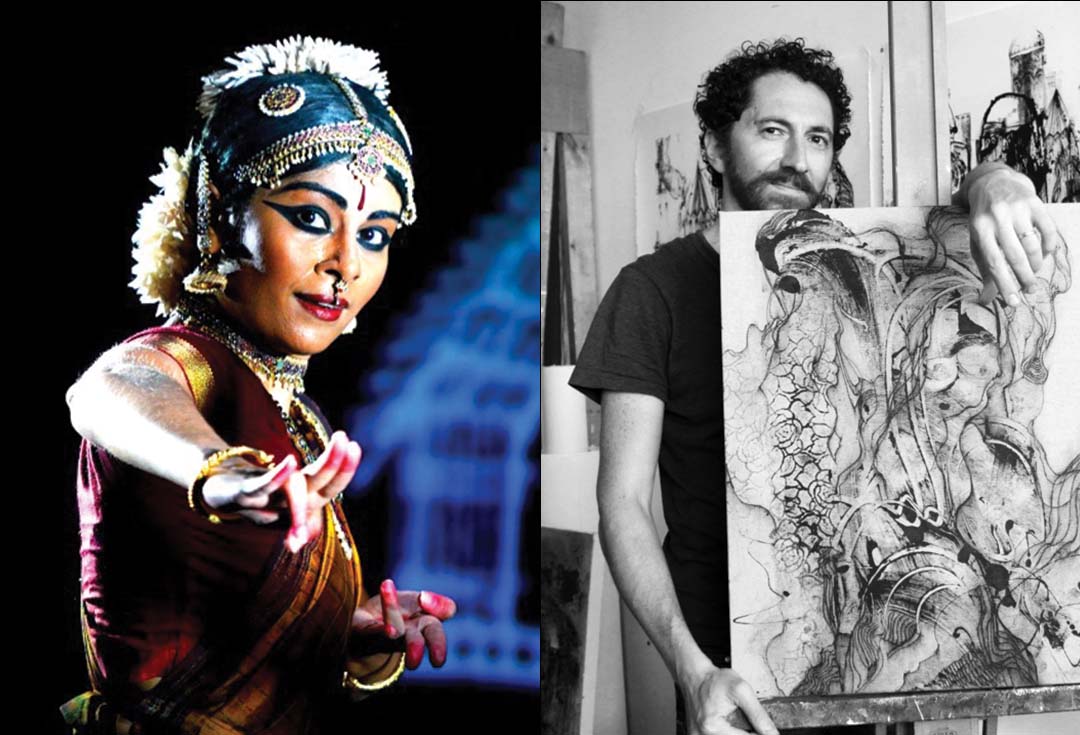 Choreographer/dancer Ashwini Ramaswamy’s Invisible Cities’ reinterprets Italo Calvino’s metaphysical/philosophical novel through interwoven cultural perspectives, with interactive projections created by internationally renowned artist Kevork Mourad. This work-in-progress conversation, moderated by MCAD President Sanjit Sethi, will delve into the process of adapting a multifaceted, layered work of literature (set to premiere during The Great Northern 2023 with copresenting partners The Cowles Center and Northrop) collaboratively, with an inspired collective of artists from diverse disciplines and backgrounds.

As a South Indian artist, Ramaswamy draws from the myths and culture of her homeland to resurrect her relationship with the past and reprocess that past into the present. Her work is aimed at second and third generation immigrants longing to make connections between the ancestral and the current. Working with groups of dancers of four diverse dance backgrounds (Bharatanatyam led by Ramaswamy, Gaga technique led by Berit Ahlgren, Contemporary/African Diasporic led by Alanna Morris-Van Tassel, and Breaking led by Joseph Tran), Ramaswamy builds upon a choreographic methodology she began in 2019’s Let the Crows Come (named ‘Best of the Year’ in the Star Tribune, City Pages, and MinnPost).

Invisible Cities extends beyond the kinetic realm with live, interactive projections created by internationally renowned artist Kevork Mourad, a longtime admirer of Calvino’s book. Both haunting and hopeful, ethereal and full of depth, Mourad’s visual architectures provide a dynamic and unpredictable dimension to the artists’ examination of the way the built environment and human life interact.